To help keep this free information coming, consider supporting CMI with an online end of year donation!
CMI is a faith funded ministry, so your generosity directly funds our Gospel outreach to countless people annually. Thank you for standing with us in this mission!
Also Available in:

Browse our latest digital issue Subscribe
Facebook Twitter Pinterest Reddit LinkedIn Gmail Email App Print
Editor’s note: As Creation magazine has been continuously published since 1978, we are publishing some of the articles from the archives for historical interest, such as this. For teaching and sharing purposes, readers are advised to supplement these historic articles with more up-to-date ones suggested in the Related Articles below.

It was the year AD 90 or thereabouts, some 60 years after the death and Resurrection of Jesus, and a generation since the death of Paul (See Date of John’s Gospel).

John, the ‘beloved disciple’, was now the last Apostle alive. For a score or more years he had seen false teaching, more sinister than persecution, infiltrating the first-century Church—a white-ant process which, if left unchecked, could ultimately have destroyed it.

There were those who taught that Jesus Christ was not the Son of God (and hence could not be Creator, Saviour and Judge), that sin was not a serious matter, and that true knowledge was gained only through enlightened intermediaries.

To counter this propagation of error, the aged John put pen to papyrus and wrote the Gospel that bears his name. His purpose was specific: “These are written, that ye may believe that Jesus is the Christ, the Son of God, and that by believing you may have life in His name.”1

John the evangelist begins his soul-winning message and answer to the false teachers of his day with an assertion of the deity of Jesus and of His great role as Creator:

John thus takes us back to the moment when the universe came into existence. His expression for Jesus—‘the Word’ (Greek: Logos)—reminds us of the means God used to create the universe and all things in it, that is, “And God said … ” or, as Peter puts it, “the earth was formed … by the Word of God”.3 In the incarnation, this Logos became both visible and audible—“the Word became flesh and dwelt among us, and we beheld His glory … ”,4wrote John; “we were eyewitnesses of His majesty”,5 affirmed Peter, referring also to His visible transfiguration.6

John, having laid the foundation that Jesus is the Creator God, then proceeds to show that when men and women respond to this truth with trust and obedience they walk in increasing light, until that light leads them to acknowledge Christ as Lord and God. He does this by tracing the growth of faith in Jesus’ disciples.

John the Baptist’s testimony had been, “Behold the Lamb of God”,7 and the disciples’ first tentative response was, “Rabbi [teacher] where are you staying?”8 it was enough; it was a beginning. They followed, and they found their faith growing as they observed His miracles (“This, the first of his signs, Jesus did at Cana in Galilee, and manifested His glory. And his disciples believed in Him.”),9 heard His preaching (“Lord, to whom shall we go? You have the words of eternal life”),10 came to understand His relationship with God the Father (“we believe that you came from God”)11, and finally met the resurrected Christ in His omniscient glory. All of this culminated in Thomas’ great cry of faith and joy, “My Lord and my God.” 12

However, there were others who heard that first testimony of John the Baptist and rejected it (“the Jews said to Him, ‘What sign do you show us for doing these things?’”)13 and they rejected Jesus’ miracles and teaching.14 These John shows to be walking more and more in the darkness.

There were those who “turned back and no longer walked with Him”,15 and those who attempted to stone Jesus because of His testimony.16 There were the Pharisees who asked, "Are we also blind?" Only to be told, "If you were blind, you would have no guilt; but now that you say, ‘We see’, your guilt remains.”17There was Judas, the betrayer, whom “Satan entered into”,18and ultimately there were the chief priests whose response to the Son of God culminated in their having Him crucified.

Today, false teaching is again infiltrating the Church and, if left unchecked, has the potential to severely damage it.19 In this century, the truth about the Creator God, who came to earth to be the Saviour of the world, has become muddied by the philosophy of evolution.

If a Creator was not needed in the beginning, why should a Saviour be needed now? If there was death before Adam, how could the wages of sin be death? If the world has always been struggling and groaning with death and bloodshed as evolution teaches, what will it be restored to?20 And if the account of creation, and the judgment of Adam and Eve for their rebellion against God, given in the opening chapters of the Bible is myth, fiction, or theological poetry, why should the account of the final great judgment of all men, recorded in the closing chapters of the Bible, not be regarded likewise?

This false teaching comes in the form of textbooks, TV programs, and magazine articles which assure us that this universe made itself without the help of any Creator, that there is no such thing as ‘sin’ because there are no God-given standards of right and wrong, and that, given enough time, man will one day know all there is to know about everything.

Those churches which embrace this false teaching and allow its anti-Creator philosophy to direct their interpretation of Scripture, end up with little more than the opinion-based religion of humanism. This is a white-anting process as inevitably destructive as any which threatened the first-century Church, or which Jesus warned about in His message to the seven churches mentioned in Revelation.

But the first-century Church survived. The Apostle John’s inspired book called men and women back to faith in Jesus Christ—back to the Creator God who died on the cross and rose again to be our Saviour and Lord.

Today there is more reason and evidence than ever before to believe the account of creation and the Fall. If these foundational truths are followed, they lead inevitably to Jesus Christ—and this in turn leads us all to the choice of whether we live in light or darkness. 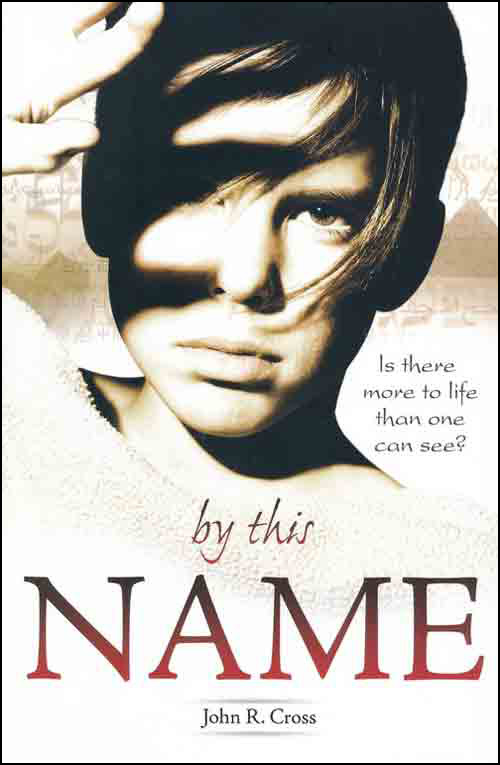 Cancel
Accept & Continue
Close
Also Available in:
It appears you've already subscribed!
We've just sent you an email that will allow you to update your details.
Thanks for subscribing

By This Name
by John R Cross
US $15.00
Soft Cover
Does God exist?
by Drs Don Batten, Jonathan Sarfati
US $0.75
Soft Cover